Lubok – traditional Russian engraved or painted images made by craftsmen and distributed among people.

Lubok emerged in the XVII century and gained momentum in the first half of the XIX century and declined by the beginning of the XX century.

At the beginning lubok depicted religious stories, it was popular among the Old Believers, especially in the North of Russia, Povolzhie and near Moscow.

In the XIX century, lubok depicted people’s heroes, songs, satire, proverbs. It was sold at markets and fairs.

Lubok was engraved by different techniques – on wooden or copper plates, later –  on lithographic limestone. 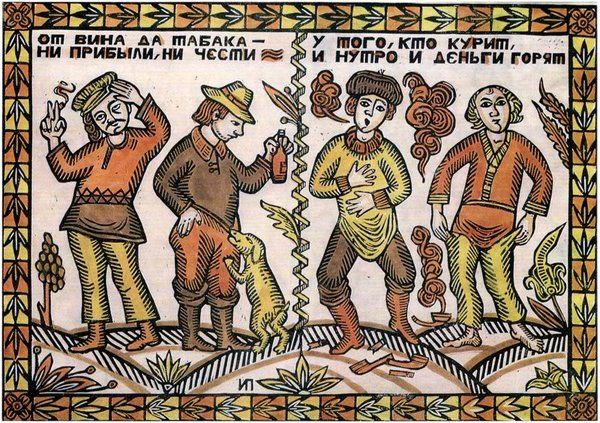